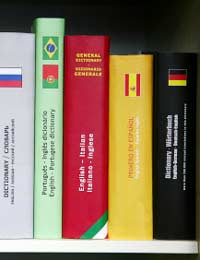 There are various Similarities between Spanish and other European languages.

Spanish evolved from Vulgar Latin, the informal, spoken variety of Latin that is thought to have been the precursor to all modern-day Romance languages, and is closely related to other Romance languages such as French, Italian, Portuguese, and Romanian.

By romance languages (sometimes referred to as Romantic languages, or Neolatin languages) we mean the branch of the Indo-European language family, comprising all those languages which descend from Latin. They have more than 700 million native speakers worldwide, mainly in the Americas, Europe and Africa, as well as many smaller regions scattered throughout the world.)

Some academics list the lexical similarities between Spanish and other Romance languages as ranging from 75% to 85%, which makes it possible to understand parts of one language with knowledge of another.

Spanish speakers, for example, can generally get the gist of what an Italian or Portuguese person is saying, even if they don’t speak those languages themselves. In fact, Spanish and Portuguese, its closest European cousin, have a lexical similarity of 89%. (Although Portuguese does have its own distinctive orthography, and if you think Portuguese is just a dialect of Spanish, you’d be entirely wrong.) In Latin America, close economic and political relations are making these two languages closer than ever.

Once you start learning Spanish, you will be amazed at how many similarities there are with other European languages, and how much easier it is if you already have some knowledge of another language like French or Italian.

So much of the vocabulary recognisable because of the shared Latin root, but many of the grammatical concepts and constructions should be familiar to you. Even though English is a Germanic rather than a Romance language, there are still many similarities, with many Spanish words looking like their English counterparts.

For example, in most cases the adjective comes after the noun, as it does in say, French, Nouns have different genders, as they do in French, and the corresponding adjectives agree with those genders.

Spanish has a subjunctive mood, just like other modern European languages do, and you can read more about the subjunctive elsewhere on this site.

Although variations are common, Spanish syntax generally follows the Subject Verb Object pattern (for example, Peter hit Paul), so there won’t be any surprises on that front.

Ways of Saying ‘You’

The way tenses are formed is also very similar to other European languages. If you have mastered how the perfect, pluperfect and conditional tenses are formed in French or Italian, learning their Spanish counterparts will not cause any problems.

Equally, the concept of having two different ways of addressing someone using ‘you’ - polite and familiar - will be well-known to anyone with even the most rudimentary knowledge of French, Italian or Portuguese.

Spanish also quite often drops its pronouns (for example the word ‘She’ in the sentence ‘She opened the door’) and it has this in common with Italian and Portuguese, although not, interestingly, French or English.

Which all goes to show the strong links between Spanish and other European languages. Master one, and you are well on the road to learning another.