The Influence of Spanish on English 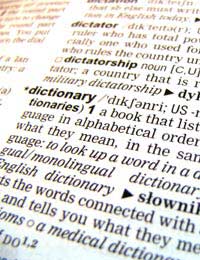 Spanish is one of the main Latin or Romance languages, and as such, its influence and inflections can be heard throughout the world. But its influence on English is marked.

You almost certainly know far more Spanish than you think. Just think of how often words and phrases like siesta, adios, ‘mañana attitude’, hasta la vista, baby’, amigo, and even ‘no way, José’, are bandied about, often in a jokey, slangy way.

Even our word ‘orange’ ultimately comes from the Spanish word naranja – via Old French and Sanskrit!

American English, in particular, has borrowed much from Spanish. So many place names in the States are words with Spanish origins – Los Angeles, San Diego, Colorado and San Francisco.

The Spanish influence on the English language was especially important in the sixteenth century, when Spain was a global military and political power, and in conflict with Britain at the same time. This gathered in momentum after the Spanish first arrived in the Americas.

During the westward migration and growth of the cattle trade in the US in the 1870s in the states and territories which had been part of Mexico, namely Texas, New Mexico, Arizona, California, Nevada, Utah, Colorado, the settlers borrowed much from Mexican Spanish.

More Spanish words entered English following the American acquisition of Puerto Rico after the 1898 Spanish-American War. But by then many Spanish words were already a feature of everyday American English idiom, and most contributions had come from the Mexicans, since they lived in large numbers in those territories which the United States took over.

Today this influence can be most obviously seen in the number of words of Spanish origin which English, particularly American English, has adopted. This is especially true of terms from ‘Wild West’ films – such as buckaroo, corral, gringo and so on.

But, more than just words, Spanish has also made its mark on English derivational morphology – or the way the meaning of words is changed by applying derivations. (This is not something which can be said of most other living languages.) For example, the addition of ‘-tería’ to make words like cafeteria betrays the Spanish origins of those words.

Even the addition of ‘-aroo’, which appeared in 1930s American English to make new, jokey words like ‘stinkaroo’ came from the word ‘buckaroo’ which originally came from the Spanish word for cowboy, ‘vaquero’.

This slangy character can also be seen in the other ways in which American English uses bits of Spanish to make new words. An example is the use of ‘esta’ to denote extra fanfare in words such as ‘Hallowesta’ (instead of Halloween.)

Then there is the use of ‘el’ and ‘o’ (a common form of Spanish singular masculine noun) to make amusing versions of whatever word is being changed – such as ‘el cheapo’ to mean a cheap product of some kind.

Still more recent is the use of ‘ista’, a Spanish suffix, in the English language. For example ‘fashionista’, or ‘Guardianista’ to describe a certain type of Guardian-reading, politically correct left-wing liberal.

Which all goes to show, love it or loathe it, the influence of Spanish on the English language is pronounced, and not to be underestimated.

The Global Importance of Spanish
Share Your Story, Join the Discussion or Seek Advice..
I have found this website very useful and the present article has helped me a lot in understanding the influence of Spanish on English. I just have one question: What does a Spanish speaking person mean when he/she says "wors" and "feelers" in trying to converse in English. Thank you in anticipation of the answer.
Rhodes - 14-Jul-17 @ 9:59 PM
Title:
(never shown)
Firstname:
(never shown)
Surname:
(never shown)
Email:
(never shown)
Nickname:
(shown)
Comment:
Validate: