Home > Spanish as a Global Language > Why Learn Spanish? 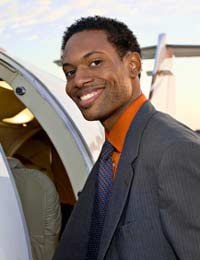 There are so many good reasons for learning Spanish at any stage in your life, whatever your background, and whatever your current linguistic ability.

The sheer scale of the extent to which this living, global language is spoken is the obvious one, of course. As one of the planet’s most widely used languages, Spanish is an official language on no fewer than four continents, and learning it will allow you to communicate with an estimated third of a billion speakers across the globe. (This number is growing all the time.)

Equally, it goes without saying that having some command of it will enhance your travel experiences whether you are having a week on the Costa del Sol or planning a year-long trek across Latin America. Native Spanish speakers tend to welcome and warmly encourage any attempt visitors make with their lingo. Even if you manage only a few stumbling words, you will be made a fuss of, and win new friends.

But learning Spanish will enable you to do a lot more than ask directions to the beach or order a couple of beers. Even a modest knowledge will open up the rich culture of the Hispanic world to you – from the films of Almodovar to the novels of Isabel Allende. Of course, you can always experience these things in translation but it’s never quite the same.

There are sound business reasons, too. As the current job market shrinks, or at best remains stagnant, the ability to speak a second language even moderately well will give you a real edge over the competition. Spanish is becoming more important as a language of the European Union. As a bilingual employee, you are more valuable to your company because, to fully reach their target customers, most businesses will do best if some of their employees learn Spanish.

The linguistic reasons for making a commitment to Spanish are solid. Once you have some command of it, you will find learning another foreign language, especially a second Romance language such as French, far easier. You will also be fascinated by the way in which you learn more about your own language, and how it works, because you are studying another.

Compared to other foreign languages, Spanish is a relatively easy one to master. If you already have some knowledge of French, or Latin, or Italian, it will be easier still, as much of the grammar and vocabulary is so similar. As a phonetic language, it is pronounced exactly as you see it on the page.

The Joy of Learning

Then there is the sheer pleasure of learning for its own sake. Learning Spanish will stimulate your intellect and imagination. There’s even research which suggests that learning a language can help stave off the effects of illnesses such as dementia.

Finally, and most importantly, is a reason you may not have thought of. Quite apart from anything else, Spanish is a rich and beautiful language, and learning it is just very good fun.