Home > Spanish as a Global Language > Where and Why is Spanish Spoken?

Where and Why is Spanish Spoken? 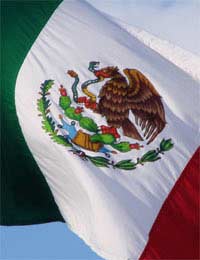 Spanish is of course the official language of Spain, the country where it originated and which gave the language its name, and the Canary Islands.

Because of their geographical proximity, you will also hear plenty of Spanish in Gibraltar and Andorra, although English and Catalan are respectively the official languages of those areas.

Spanish is an official language of the European Union. Small immigrant communities in other European countries, such as the France, Germany and the UK. In Switzerland, Spanish is the mother tongue of 1.7% of the population, making it the most widely spoken after the country’s four official languages.

But the majority of Spanish speakers are to be found in Latin America, with Mexico home to the largest number of native speakers in any one country, the legacy of Spanish colonisation of the continent: beginning in the 1400s, the Spanish took their language to Central and South America, and parts of North America.

Even in Brazil, where Portuguese is the main language, Spanish remains important because of the closeness of its Spanish-speaking neighbours. In many border towns and villages (especially on the Uruguayan-Brazilian border), people use a hybrid of the two languages, known as Portuñol.

Spanish in Central America and the Caribbean

The seven Central American countries – Costa Rica, El Salvador, Guatemala, Honduras, Mexico, Nicaragua and Panama – are also all Spanish speaking. In Belize, a former British colony, English has official status rather than Spanish. But a survey from 2000 showed that nearly half the population were Spanish speakers. These are mainly Hispanic descendants who have been in the region since the 17th century.

Spanish is the official language (co-official with English) in Puerto Rico.

There are thought to be 1,500 speakers of Spanish in Trinidad and Tobago, which Spain first colonised at the end of the fifteenth century. The government there has announced that Spanish will be the country's second official language, alongside English, by 2020.

Big in the US

Spanish has a long history in the United States (many south-western states were once part of Mexico and Spain), and recent immigration from Latin America has revitalised this, so the language remains hugely important in North America.

In the Philippines, Spanish is spoken mainly by small communities of Filipino-born Spaniards, Latin Americans, and Filipino mestizos (mixed race), descendants of the early colonial Spanish settlers. But throughout the 20th century, the Spanish language has been in decline, and it was never a majority language in this country. Today, Spanish is taught as a foreign language in Philippines schools and universities.

Spanish also has a presence in Africa. In Equatorial Guinea, in Central Africa, Spanish is the predominant language when counting native and non-native speakers. Again, this is a legacy of colonialism. In the Spanish territories of Ceuta and Melilla, contained within Morocco, it is the main language.

It is spoken by some communities in Angola, because of the Cuban influence of the Cold War, and in Nigeria by the descendants of Afro-Cuban ex-slaves.

Finally, within Oceania, Spanish is also spoken the Chilean territory of Easter Island.