Spanish in the United States 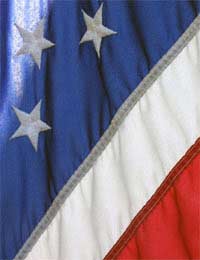 After English, Spanish is America’s most widely spoken language, making the US the world’s second-largest Spanish speaking community. It is more widely spoken there than French, Hawaiian and the indigenous languages combined, and was the first European language to arrive in North America.

The US is home to more than 45 million Hispanics, or 13.4% of the 2002 population. A survey carried out in 2007 showed that Spanish is the primary language at home for some 34 million people aged five or older.

Where You’ll Hear it Most

Understandably, Spanish is especially prevalent in the states bordering Mexico – California, Arizona, New Mexico and Texas. Over half of the country's Spanish speakers have made their homes in California, Texas and Florida.

Written Spanish in the US

Across the US, 500 newspapers and over 150 magazines are produced in Spanish, while corporate America is increasingly selling itself through Spanish-language advertising.

No one language enjoys official recognition as such in the States, but in places like California bilingual notices and documents, and Spanish is certainly the most widely taught non-English language in secondary schools.

When he was president, Bill Clinton established a precedent of translating the State of the Union address and other presidential speeches into Spanish, and official Spanish translations are available online.

The controversial issues of language as part of cultural rights and bilingual state government representation has caused socio-cultural friction between non-Hispanic Anglophones and Hispanic citizens.

Equally, English-only movement seeks to establish English as the sole official language of the US. Generally, they exert political public pressure on Hispanophone immigrants to learn English and speak it publicly. As universities, business, and the professions use English, there is much social pressure to learn English for upward socio-economic mobility.

Spanish was first brought to the US in 1513. Some 50 years later, the Spaniards founded St Augustine in Florida, the oldest continuously occupied European settlement in the modern United States.

Historically, the Spanish-speaking population increased because of territorial annexation of lands conquered earlier by the Spanish empire, and by wars with Mexico and by land purchases, while in more modern times this population continues to grow.

Immigration to the United States of Spanish-speaking Cubans began because of Cuba's political instability after independence. There are now around a million Cubans in the country.

At the same time, many Puerto Ricans have migrated to New York, increasing the city’s Spanish-speaking population.

As a consequence of former Spanish and, later, Mexican sovereignty over lands that are now belong to America, many places in the country, especially in the south west, have Spanish names – from Nevada to Colorado, from Los Angeles to San Diego.

Likewise, the influence of Spanish can be seen in many words familiar to the Wild West – words like buckaroo, ranch, corral and desperado.

The influence of English on American Spanish is very important. In many Latino sub-cultures, it is fashionable to variously mix Spanish and English, thereby producing Spanglish, the name for the admixture of English words and phrases to Spanish for effective communication.

The new generation of American Hispanics, while having a good command of English, also want to preserve knowing and using Spanish as a language on equal terms to English.